Port Jefferson Station, NY – On Monday, February 3, 2020, a ribbon-cutting ceremony was held on the roof of Clinton Avenue Elementary School to officially announce the completion of the solar project.

A process that began in May 2017, almost 1,200 solar panels were installed on Clinton’s roof over the past few months, providing a large energy cost savings to the District.

Students at Clinton were also a part of their own, smaller ribbon-cutting ceremony in the front of the school. A few students spoke about what they have learned in school about solar energy, and helped cut a ribbon that was laid over an arial-view picture of the solar panels.

Here are some facts about the Solar Project at Clinton:

Besides the school officials, present at the ribbon-cutting ceremony were representatives of Noresco, SunNation Solar and BBS Architects, Landscape Architects & Engineers. 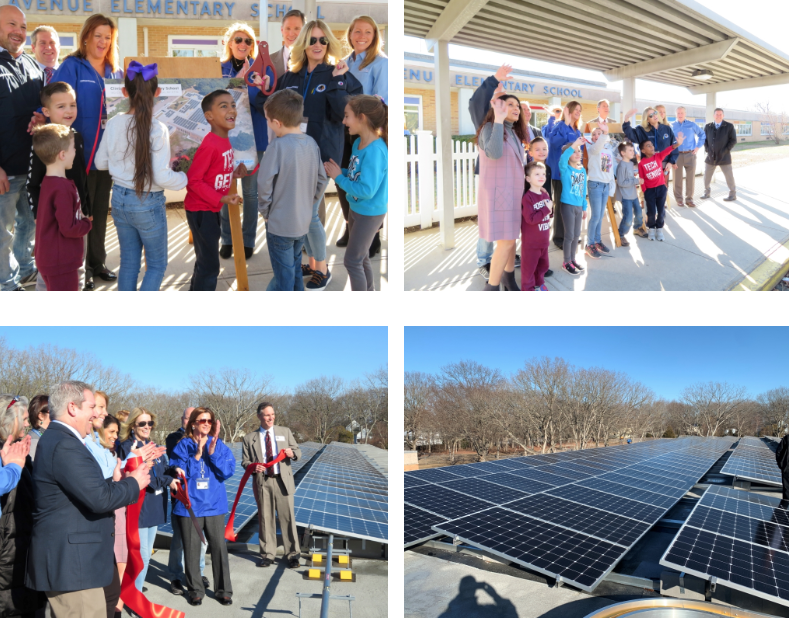